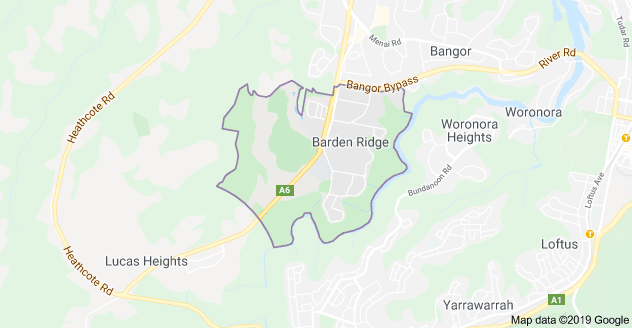 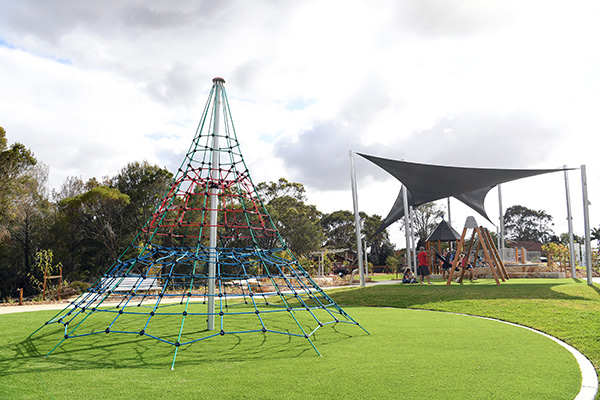 Formerly part of Menai, then part of Lucas Heights. In 1992 local residents voted to rename part of the suburb of Lucas Heights. Barden Ridge is located to the area 3 kilometres south of Menai Town Centre. The suburb is named after the Barden family which had an early association with the area (Sutherland Shire Council records). The land in what is now Barden Ridge began to be taken up in 1825 when John Lucas selected land for his mill at the tidal limit of Woronora River and was granted that land in 1831. The remainder was initially selected by mining speculators who received grants for that purpose after the area was initially released for Crown land auctions beginning with Merion Moriarty in 1843 on the north of Lucas’ grant, and a consortium of Messrs. Prince, Gritten, Doyle and Anslow who took up a large area on the west and north of Lucas and Moriarty in late 1888. The final area at the north end of present-day Barden Ridge on the east of Old Illawarra Road was initially selected by Messrs. Bowden and Alexander in November 1881, but was eventually granted to Frederick Barden, a butcher of Cooks River, on 2 March 1900.