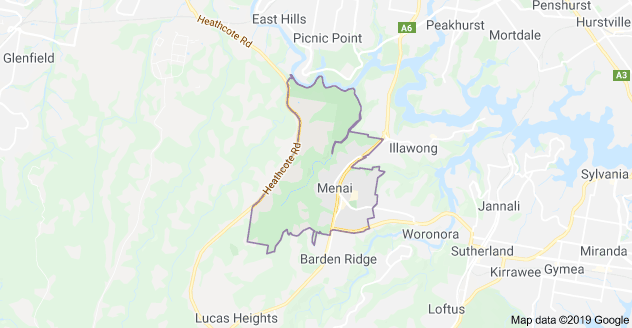 Suburb named after the Menai Straits in Wales, which lay between the Welsh mainland and the Isle of Anglesey, opposite Bangor. The name was selected in 1910 by the postal authorities to replace the name of the area known as Bangor in the settled areas in the parish of Holsworthy, west of Woronora River, because of confusion with Bangor in Tasmania. It retained the Welsh connection established by Owen Jones, the first permanent settler in the area in 1895, who had been instrumental in naming the area Bangor, which was his birthplace in Wales.